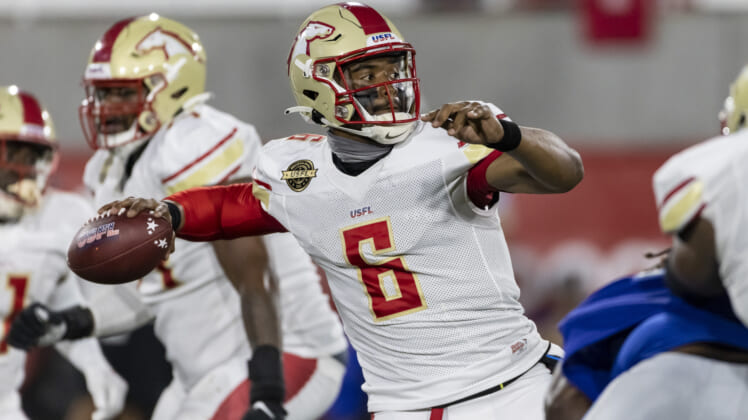 The USFL is back from the dead. After debuting in 1982, the original United States Football League enjoyed a four-season run until coming apart in 1986. Now the league makes its fourth attempt at reviving the brand.

There are no USFL games today. Week 3 of the USFL schedule is in the rearview mirror, wrapping up on Sunday with the final two matchups in a four-game weekend slate. Week 4 of the USFL schedule begins Friday when the Philadelphia Stars (1-2) face the Michigan Panthers (1-2).

On Saturday, the Tampa Bay Bandits (2-1) escaped with a narrow 27-26 victory over the Houston Gamblers (1-2). In a matchup between undefeated teams, the Birmingham Stallions (3-0) came out on top of the New Orleans Breakers (2-1) with a 22-13 victory.

In Sunday’s Week 3 USFL action, the Michigan Panthers crushed the Pittsburgh Maulers (0-3) 24-0. Shortly after, the New Jersey Generals (2-1) picked up their second victory with a 24-16 win over Philadelphia.

The dates for Week 5 of the USFL schedule are still to be determined.

Here you can get your football fix until the NFL starts. Stay up to date on the biggest events in the USFL, complete with a weekly schedule detailing who plays and when. 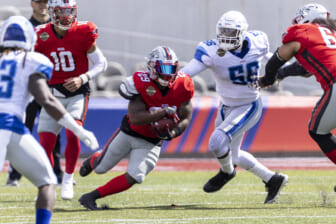 All regular-season games on the USFL schedule are to be played in Birmingham, Alabama, at two different locations — Protective Stadium and Legion Field. Playoff and championship matchups will take place at Tom Benson Hall of Fame Stadium, located in Canton, Ohio.

More games/weeks will be added to the 2022 USFL schedule once the dates and times become available.

There are two USFL divisions separating the eight teams set to play in 2022.