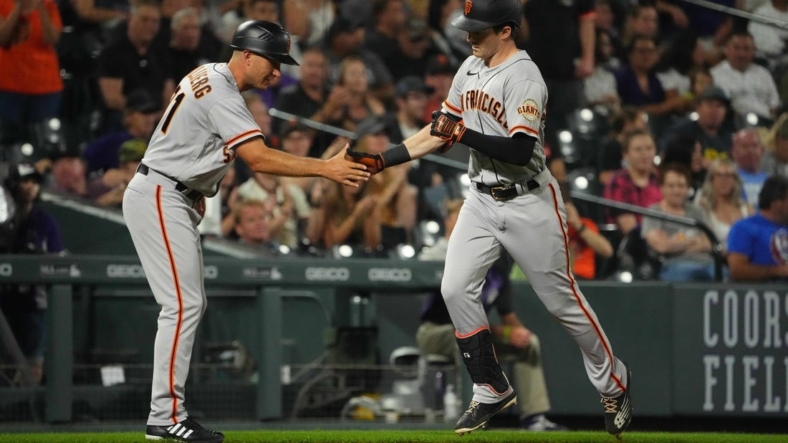 Thairo Estrada socked a three-run homer in the 10th inning, his third hit of the night, and the San Francisco Giants rallied to beat the Colorado Rockies 10-7 on Monday in Denver.

Mike Yastrzemski homered among his two hits, Wilmer Flores had three hits and David Villar had two hits for the Giants, who had lost four of their previous five games. Camilo Doval (6-6) pitched a scoreless ninth inning, and Scott Alexander earned his second save with a 1-2-3 10th.

Michael Toglia, Charlie Blackmon and C.J. Cron had three hits each and Ryan McMahon and Alan Trejo had two hits apiece for the Rockies.

The Rockies led by two entering the ninth inning, but San Francisco rallied against Justin Lawrence. Estrada doubled, went to third on a groundout and scored on Flores’ single. Villar hit a two-out double to drive in pinch runner Austin Slater, tying the game 7-7.

Gavin Hollowell (0-1), in his major league debut, retired the first two batters in the 10th before walking Lamonte Wade Jr. Estrada followed with his 14th homer of the season.

Colorado (64-83) added another run in the third inning when Connor Joe scored on Toglia’s second triple of the night. Yastrzemski’s 13th homer of the season made it 4-2 in the fourth.

The Rockies padded their lead in the bottom of the fourth against Giants starter Jakob Junis on Yonathan Daza’s RBI double and Cron’s run-scoring single.

San Francisco rallied in the fifth. Wade was hit by a pitch leading off, went to third on Estrada’s single and scored on Joc Pederson’s sacrifice fly.

Kuhl allowed five runs on eight hits in 4 2/3 innings. He walked one and fanned six.

Colorado got an insurance run in the sixth when Joe’s double drove in Daza from third, but the Giants pulled even in the ninth.