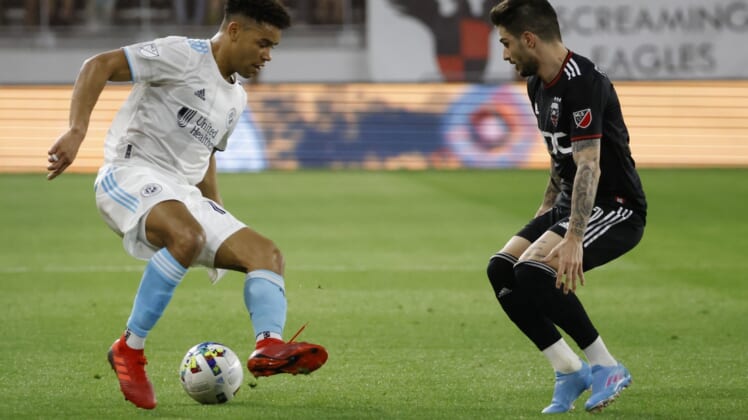 Fountas tied the game for D.C. (3-4-0, 9 points) at 1-1 in the 26th minute. His cross across the goal was recycled and he volleyed it along the ground into the far corner.

He added his first MLS assist in the 39th minute, playing a quick 1-2 with midfielder Julian Gressel before sending a cross onto forward Michael Estrada’s head for the 2-1 lead. That was Estrada’s third goal of the season and first since United’s opener.

Before the end of the first half, Fountas made it 3-1 D.C. after picking up a deflection and fighting across the top of the box before blasting a shot off Revolution goalkeeper Brad Knighton’s hands into the net.

New England (2-5-1, 7 points) pounced early to take the 1-0 lead after defender Brandon Bye found the far corner of the net from outside the box. Midfielder Emmanuel Boateng broke down the left side and sent a cross in that was gathered by reigning MLS MVP Carles Gil.

Gil laid it off to the on-rushing Bye who beat D.C. goalkeeper Jon Kempin, starting in place of the injured Bill Hamid.

Revolution forward Adam Buksa rose up to head home a free kick in the 86th minute. Four minutes later, Buksa went airborne and nodded one towards the bottom corner in search of the tying goal, but Kempin dove and sent it wide.

Kempin kept New England at bay over an eight-minute injury time to deny them the draw, finishing with eight saves. Knighton had a quiet second half, but the damage was done in the first half, finishing with two saves on five shots.