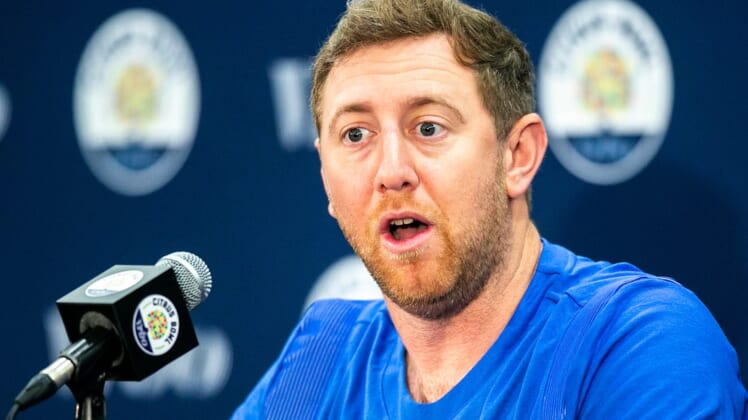 Coen, a Rams assistant from 2018-20, spent last season as the offensive coordinator of the Kentucky Wildcats.

Coen, 36, would replace Kevin O’Connell, who left to become head coach of the Minnesota Vikings after helping the Rams win Super Bowl LVI.

Before joining Los Angeles, he was the offensive coordinator at Maine (2016-17) and worked on the coaching staffs at his alma mater UMass, Brown and Rhode Island. He played quarterback at UMass from 2004-08.