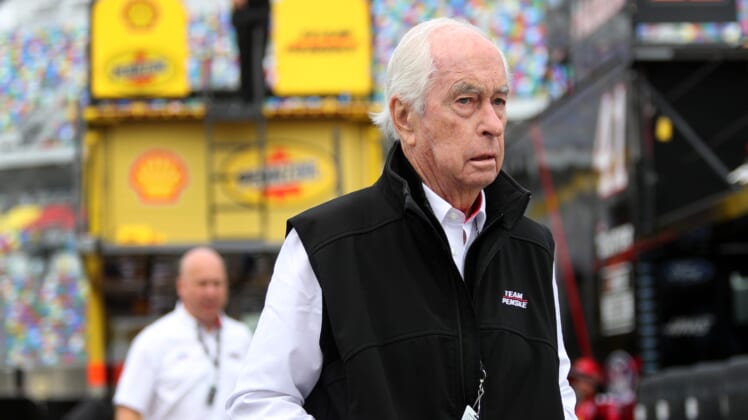 NASCAR has a tough decision to make after they confiscated wheels from two teams on Friday morning. This is due to widening the pinholes on the NextGen car’s new wheels.

Why should NASCAR penalize the organizations?

NASCAR released a new set of penalties last offseason that severely discouraged the modification of NextGen parts for a competitive advantage. The penalties ranged from fines to nullification of playoff statuses.

The reasoning behind the rules is to make the NextGen car fair for everyone involved. NASCAR is using a spec car, so teams have the same parts from the same vendors in an effort for saving money and parity like other racing series.

Team Penske and RFK Racing will be putting these rules to the test after widening the pinholes on the NextGen car’s new wheels.

Rival teams have said that widening the pinholes on the wheel makes it easier for the wheel to be put on and taken off during a pit stop. This would quicken pit stops and minimize mistakes.

Due to these modifications, it would be a competitive advantage due to a modification of a NextGen part. This is the type of thing NASCAR discouraged during the offseason.

Team Penske owner Roger Penske stated that his team contacted NASCAR a week before about their concerns. It’s clear that NASCAR and the organizations were in communication, but there was no approval from the sport to allow it to happen.

The modifications were reportedly made for safety concerns, but that’s not a valid reason to modify a NextGen car part. NASCAR senior vice president of competition Scott Miller has previously stated his thoughts about modifying parts.

Miller said that the business model with the new car would not work if there were no penalties for altering parts of the NextGen car. It’s a fine line, but a clear one without NASCAR’s approval.

What penalties should NASCAR hand out?

It’s clear on the surface that penalties should be coming or NASCAR risks a slippery slope. If a precedent is set that organizations can work on the cars without approval from the sport while talking to them before, it will not be good for the competition.

While the infractions themselves appear to be minor, NASCAR needs to make a statement and back up the tougher penalties that were put in place for a reason.

A playoff ban seems to be too severe for this situation, which is one of the worst results from an L3 penalty. Based on the interpretation of the new rules, an L2 penalty for each organization and their cars seems reasonable.

If the teams were handed an L2 penalty, these would be some of the potential options.

An easy solution would be to give a 75 point penalty to each car and a $100,000 fine to each organization. While it may seem severe, NASCAR set these rules in place for a reason.

The two organizations modified a NextGen part without approval. There were no circumstances where it said an organization could make a modification to a part due to safety concerns without permission.

As stated above, if NASCAR decides to let it slide, organizations will use it to their advantage, and the original reasoning to make the rules is gone. Even if they issue an L1 penalty, it needs to be on the stronger end of the spectrum.

The ball is in NASCAR’s court until they decide what to do to Team Penske and RFK Racing. The decision they make will have significant repercussions on how teams may approach the new car.

Related: NASCAR predictions across all three levels for 2022