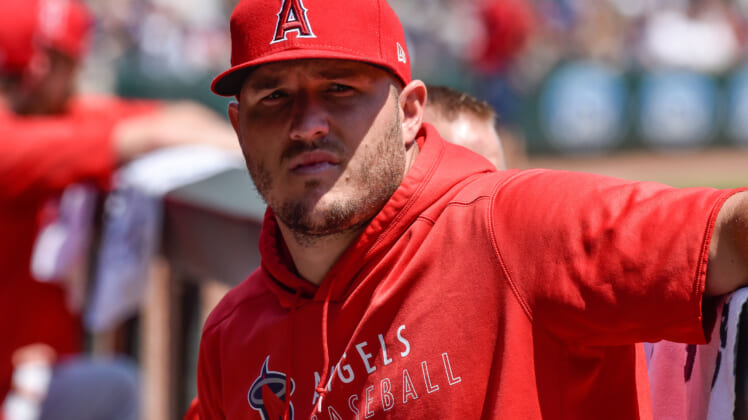 MLB officially announced the cancelation of some baseball games for the 2022 season on Tuesday, which will be the first time a lockout has actually caused regular-season games to be canceled. Of course for ballplayers such as Los Angeles Angels centerfielder Mike Trout, this is bad news for everyone who planned to pick up a bat or glove this season.

As you can imagine the baseball world is incensed that the start of the season will be delayed, pointing their anger, rightfully so at the team owners and commissioner Rob Manfred. Now one of the biggest names in baseball has also chimed in, with a statement of his own. Here’s what Mike Trout had to say.

Well said. Trout keeps it simple and to the point.

Of course Mike Trout and the rest of the players would like to play the full baseball schedule, but they also understand the latest CBA offer just won’t cut it. MLB commissioner Rob Manfred is driving a hard bargain, and he seems unwilling to budge. Meanwhile, it doesn’t appear the players are willing to adjust their viewpoints either.

To be fair, the players are what drives the popularity of baseball. The fact that owners are haggling over small amounts of money from their perspective is absolutely bonkers. Hopefully, in time the players get higher minimum salaries, more commitment from team owners, and overall better treatment as baseball moves forward.

Manfred mentioned in February how canceling games would be a “disastrous outcome for the industry”. Well, we’re about to see just what that looks like, thanks to the stubbornness of Manfred himself. This story is far from finished.