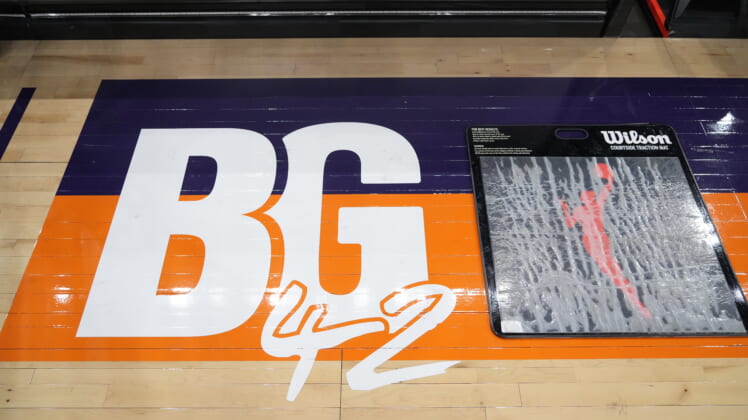 Brittney Griner’s Phoenix Mercury coach Vanessa Nygaard believes that if her star player were named Lebron James, her incarceration in Russia would have ended already.

The situation with the WNBA greats imprisonment in Russia has not changed much since she was originally detained in February on drug charges. While the US government has changed its stance in recent months and designated her detention as wrongful imprisonment, she still remains in Russia.

With the eight-time All-Star’s trial beginning this week, she made an official plee to President Biden in a letter begging to not be forgotten.

“As I sit here in a Russian prison, alone with my thoughts and without the protection of my wife, family, friends, Olympic jersey, or any accomplishments, I’m terrified I might be here forever,” Griner wrote in an excerpt of the letter released by her reps Monday.

“… I realize you are dealing with so much, but please don’t forget about me and the other American Detainees. Please do all you can to bring us home. I voted for the first time in 2020 and I voted for you. I believe in you,” she added. “I still have so much good to do with my freedom that you can help restore.”

Following the Mercury’s loss to the Los Angeles Sparks on Monday, Griner’s head coach Vanessa Nygaard spoke to the media about the 31-year-old and claimed that if she was one of the biggest stars in the NBA, and a straight man, there would be far more urgency about bringing her home to the US [via CNN].

Griner has been imprisoned for over 130 days. Her trial for “large-scale transportation of drugs” began on July 1. If found guilty she could face up to 10 years in jail.